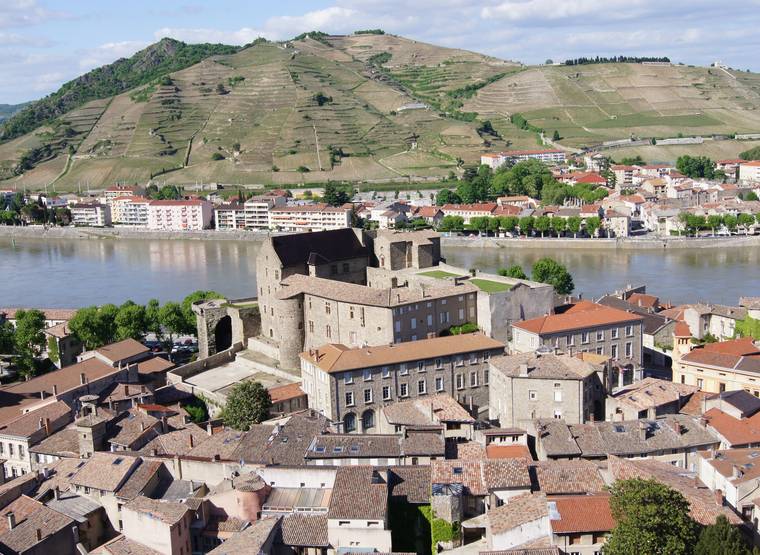 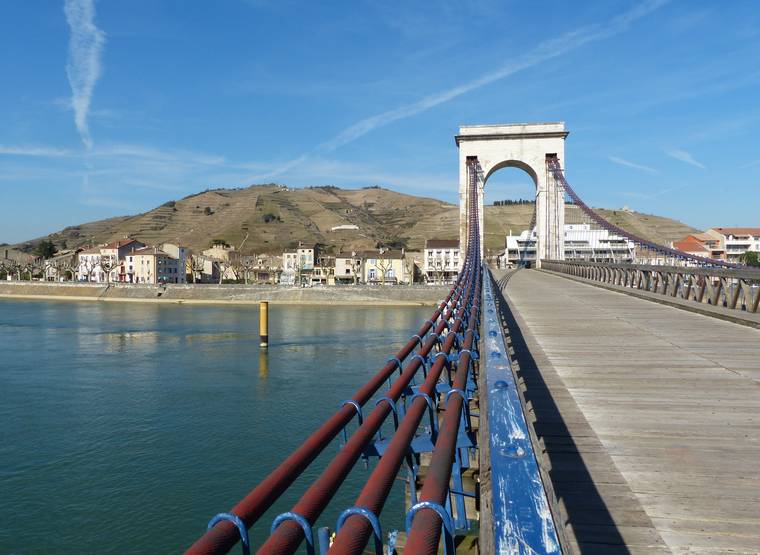 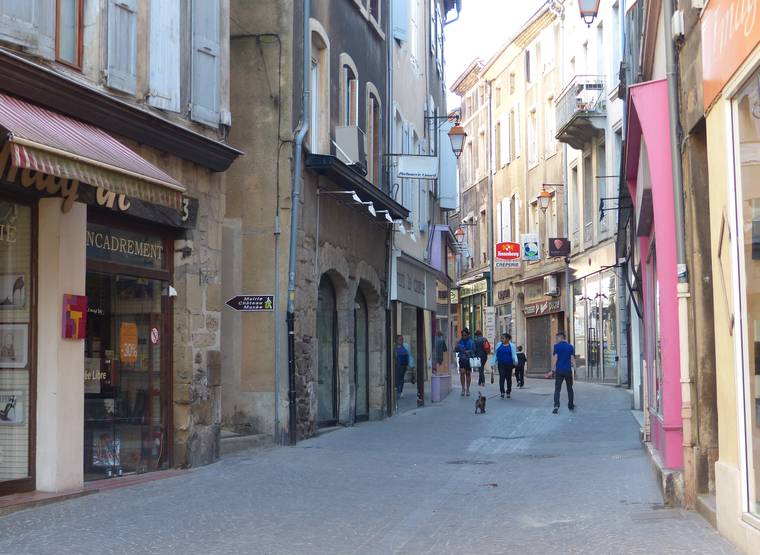 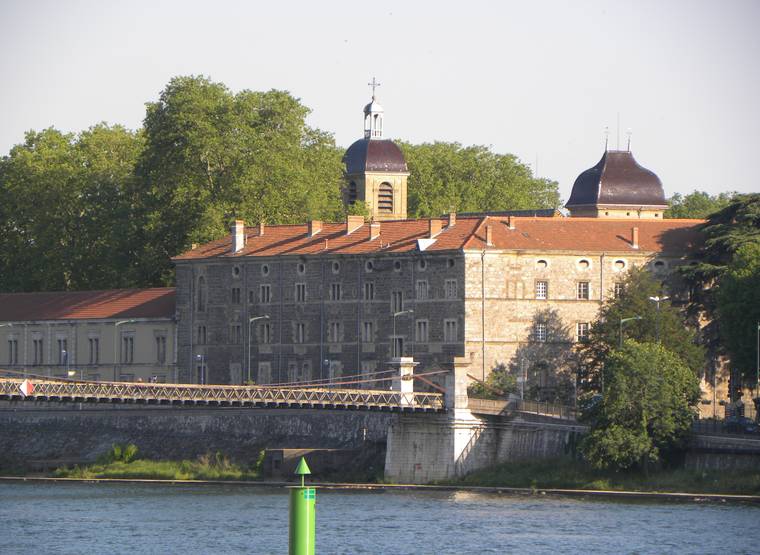 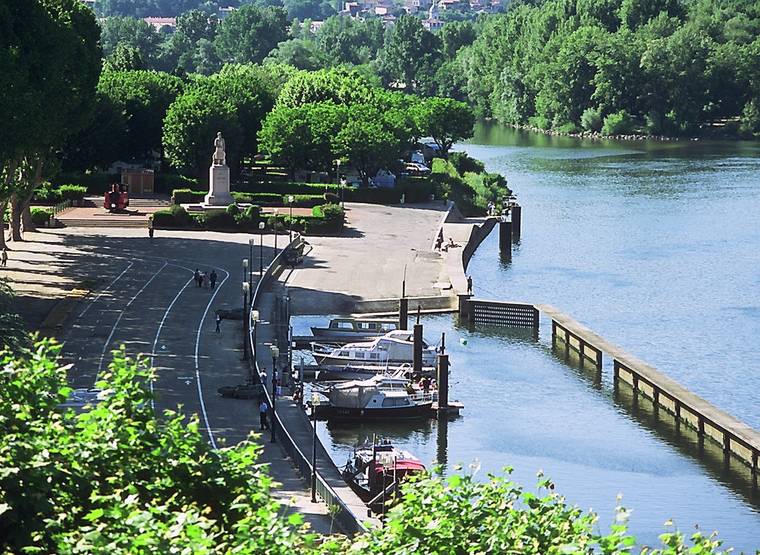 Beautifully situated along the Rhône Valley, nestling amid the vines of a famed winegrowing area, Tournon sur Rhone is a town with a Mediterranean feel.

Behind the impressive castle on its granite rock, seigneurial home of the Comtes de Tournon, is a maze of narrow streets meandering through the historic center. Since the Early Middle Ages to the 18th century the Tournons have left a great cultural heritage thanks to different monuments such as the
Château de Tournon but also the Collegiate Church Saint Julien.
The town is then strongly fortified during the Hundred Years’ War, but it will expand beyond the wall after it quickly became prosperous again. In the
south, the Porte de Mauves can be admired, the last stable door which once closed the town (there used to be 4). 2 watchtowers are left in the north and the south of the Sentier des Tours, a marked walking path which goes uphill between the towers.
Up Rue Gabriel Faure the Passerelle Marc Seguin, an improved replica of the first cable suspension bridge built on the Rhône in Tournon in 1825 can be seen.
Not far from the Passerelle, there is the Lycée Gabriel Faure (high school), “direct descendant” of the Collège founded by François de Tournon at the time
of the Renaissance (1536), François I’s counsellor. That made it one of the most ancient high schools in France.

Throughout the year : open daily.